Hon. Akinkugbe started his career as a marketing executive office with Commonwealth Council, London between 2004-2005 before moving to Cadbury Schweppers also in UK as Business Development Executive. Between 2006 and 2007, Olumbe became Associate Account Manager of CISCO Systems in the Netherlands where he worked in a team of 136 people from 44 countries in technical and business solutions for customers. Later that years, he became the country manager, Liberia till August 2008 when he was promoted to Enterprise Account Manager. From August 2009 to July 2013, Olumbe was the head of Strategic Account Manager of CISCO System in Nigeria and Ghana where he implemented global sales strategy and tactics before he became the Territory Sales Manager of First Video Communications in West Africa between October 2013 and 2015. Still soaring higher, Olumbe was appointed Senior Account Executive Officer of Dell where he worked till 2017. Overwhelmed by the above intimidating and impressive work experience, the law graduate turned digital guru, Ondo state Governor, Arakunrin Oluwarotimi Akeredolu, SAN, on assumption of office appointed him Senior Special Assistant on ICT in Feb, 2017. Following his monumental achievements in SITA, the governor waste no time to reappoint and elevate him to the position of chairmanship of the agency for more people oriented ICT policy. 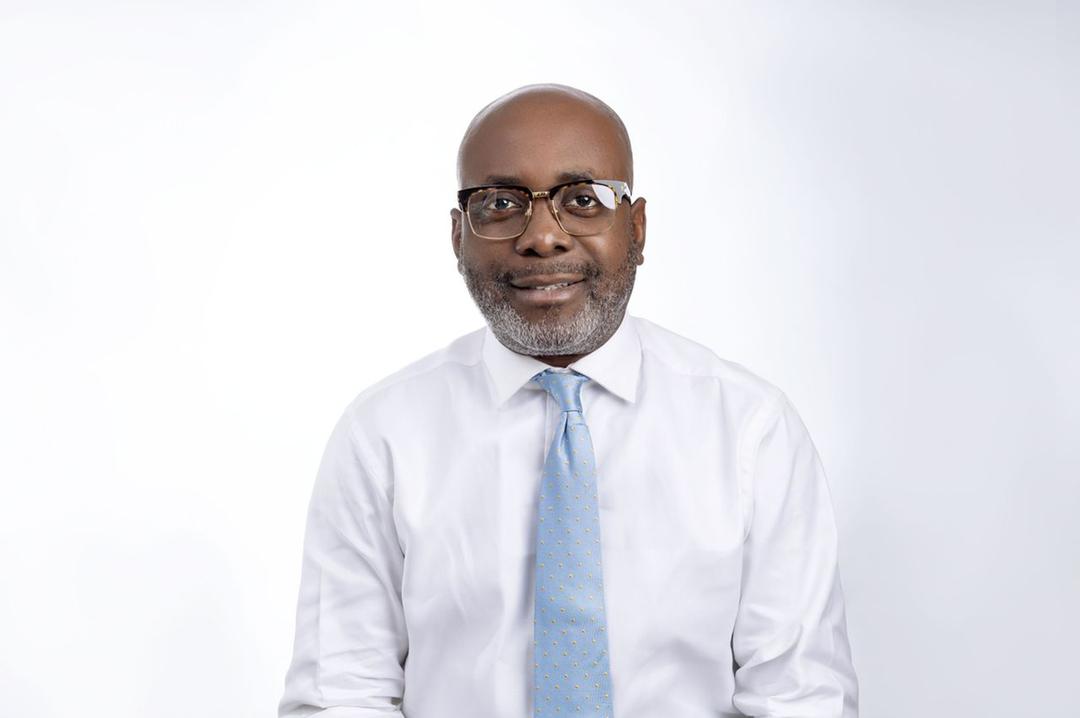 The Permanent Secretary is the head of Administration and the Accounting Officer of the Agency. The permanent Secretary is saddled with the responsibility of managing and coordinating both the human and financial resources of the Agency and offer necessary advice to the Chairman in the day-to-day operations toward the achievement of stipulated mandate centrally and important. The permanent Secretary has traversed many critical and important ministry department and Agencies of Government before his deployment to SITA some of the MDA which ministry of Finance ,Ministry of Economic planning& Budget ,Cabinet and special services Department Department of local Government and chieftaincy Affairs, Deputy Governor’s Office of Establishments And Training, Ministry of Youth and Sports Development Ministry of Works and infrastructure and ministry of health. The experience gathered in all the various MDAs and professional bodies has been the source of strength of Pastor A.O Akinseloyin in the discharge of his duties as the accounting officer of SITA. Pastor A.O Akinseloyin is a devout Christian and a Minister in the Redeemed Christian church of God (RCCG). 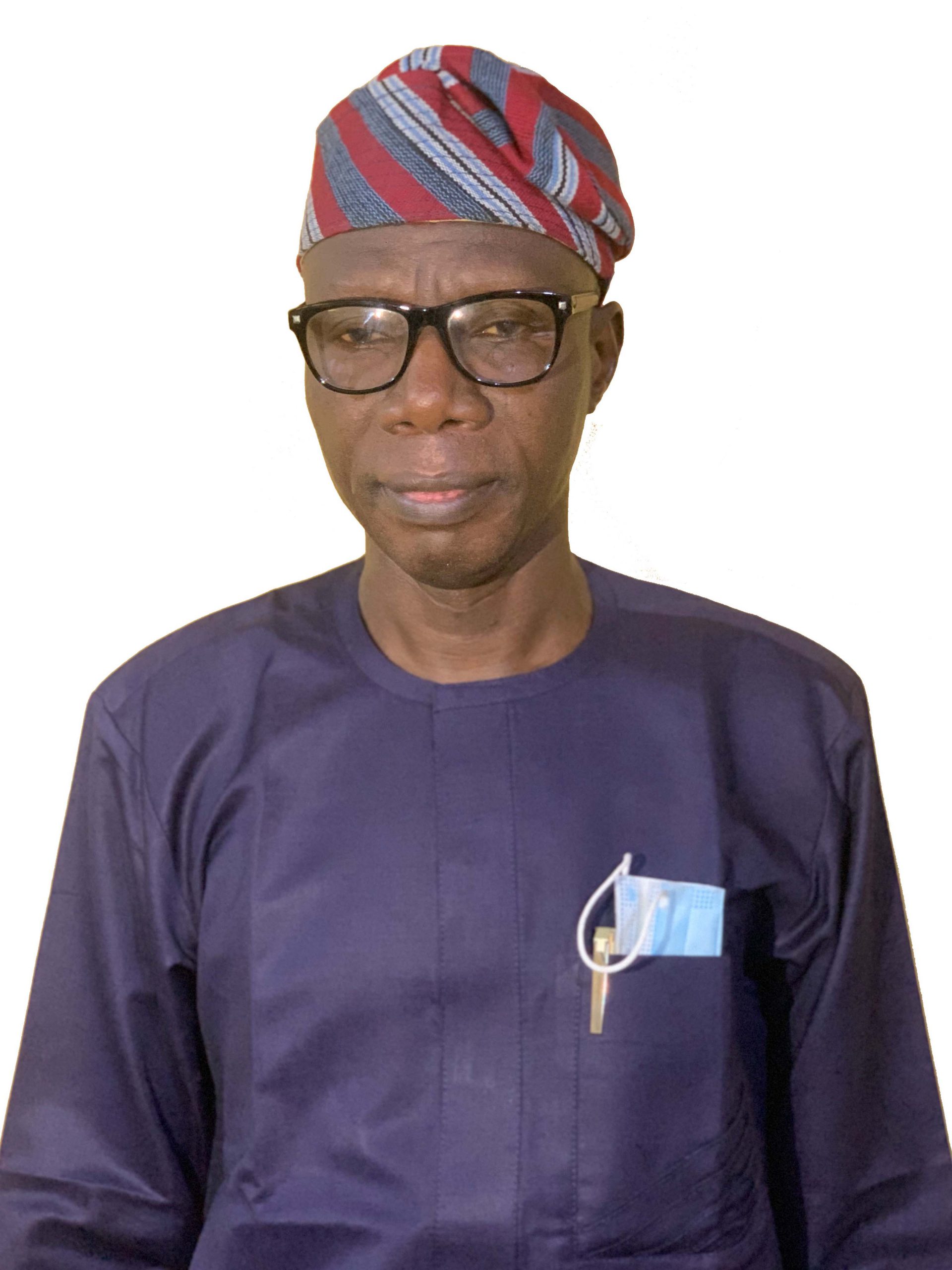 Mrs. Titilayo T. Ayetan is the Director in charge of Planning and IT Innovation department, SITA. She manages and coordinates the activities of the department and equally advices the Agency on matters relating to ICT trainings for staff, and the public. She started her career in January 2002 from the then Computer Information Management Centre (CIMC), a Unit under the Governor’s Office which has now been upgraded to a full-fledged Agency, Ondo State Information Technology Agency (SITA). She was posted to the Ministry of Economic Planning in the year 2011 and finally back to SITA in 2017 till date. She is a member, Computer Professional Registration Council of Nigeria (MCPN) and member, Nigeria Computer Society. 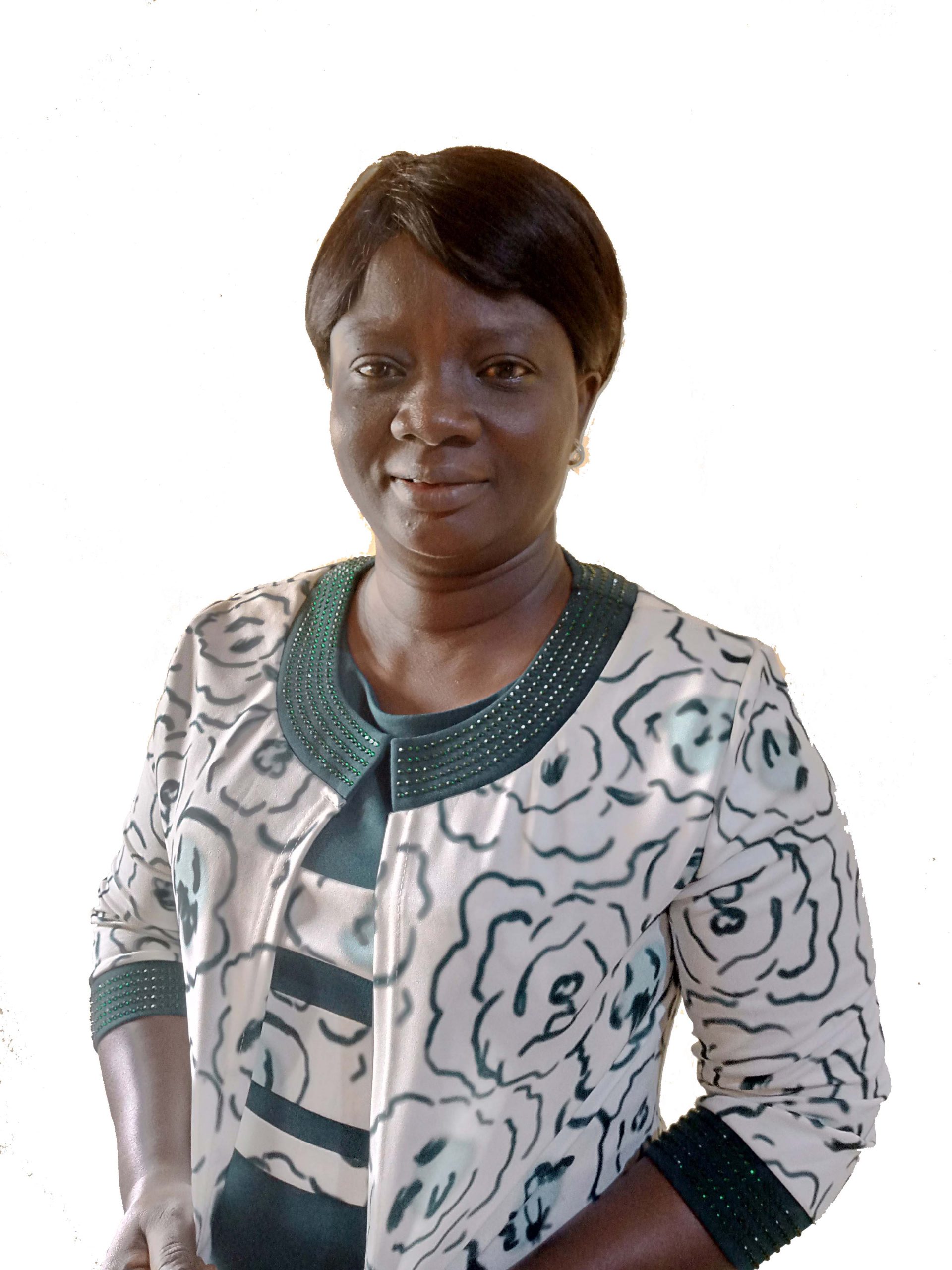 Director of Engineering and IT Infrastructure

Mr. Omosowone O. Innocent have more than Fifteen years’ experience in Information Technology. He has worked with both Private and Public institutions where ICT was the driving force to deliver results for project activities. He started his careers as a System Analyst with the Abitus Computers and Control, Aba in Abia State, a major IT Servicing firm in the State. He proceeded further to joined the services of Ondo State Government through the Ondo State Oil Producing Areas Development Commission as a Programme Analyst. Mr Omosowone had served in various ministries within the state Civil service where he has made positive impact. Initially at OSOPADEC as Programme Analyst, before he his service was transferred to the main stream by the Civil Service Commission. He is the pioneer programme Analyst at the Project and Price Monitoring Unit, PPMU. He had served at the Ministry of Budget and Economic Planning as a Principal Programme Analyst and at the State Bureau of Statistics. He is currently working at the State Information technology Agency, SITA, an Agency saddled with the responsibility of implementing Government Policy on ICT, as a Director and Head of Department. He had a B. Sc in Computer Science from the University of Ilorin and a Master’s degree in Information (MIT) Technology from Ladoke Akintola University of Technology, Ogbomosho. He is a member of the Computer Society of Nigeria. He is a Cisco Certified Network Associate (CCNA) and Microsoft Certified Professional (MCP). He has attended various conferences, workshops and seminars both locally and internationally. Oyebode Bola Felicia have built a track record of over 15 years of career as Skilled System Analyst with versatile ability applicable to all technology. She is the current Director Software Development Department in Ondo State Information Technology Agency...a leading Government ICT agency in the state, She has managed the successful development/deployment of software used for verification of Public and State Civil Servants in the State. She has also managed successfully the development of software used for registration of more than 10,000 Okada riders and also the development of software used for Computer Based Test (CBT) for recruitment of new employees in Ondo State Radiovision Corporation (OSRC). Among others are the management and the development of Websites for Ondo State and other bodies of government in the State She is a dedicated and committed staff, and had represented the State in various activities and conferences both within and outside the State. She has equally worked in various Ministries across the State. She possesses excellent interpersonal, analytical and research skills, and a good communicator with people at different levels, with strong communication skills in both oral and written form. She is a member, Computer Professional Registration Council of Nigeria (MCPN) and member, Nigeria Computer Society. 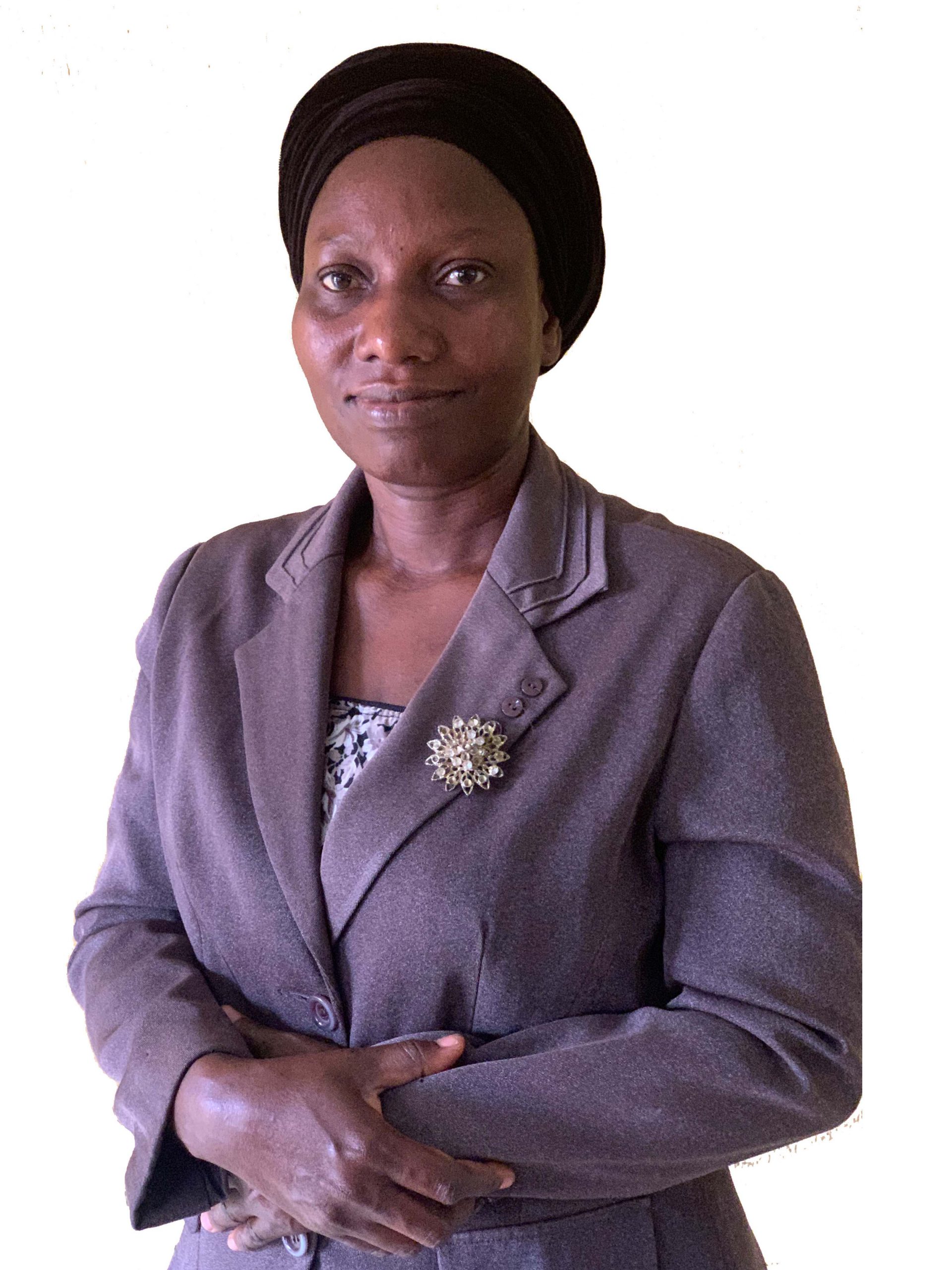 Director of Civic and Data Management

Adeyemi Oluwole is the director of Civic Data Management, from Akoko in Ondo State Arikawe Catherine Bolanle was born in Igbotako, Okitipupa local government of Ondo state in the year. She completed her SSCE in the year 1984, then she got admission to study Business Administration in Ondo State Polytechnic in which she completed her OND in 1996 and HND in 1999. In 2008, she became a Certified National Accountant after graduating from the Institute of National Accountant of Nigeria, Jos Arikawe Catherine worked at Okitipupa Oil Palm Company as the Branch Sales Representative of the Marketing Department from 1986 to 1989 She also worked under the Ondo State Government at the Account Section of the Ministry of Works and Transport. She presently works at the State Information Technology Agency(SITA). 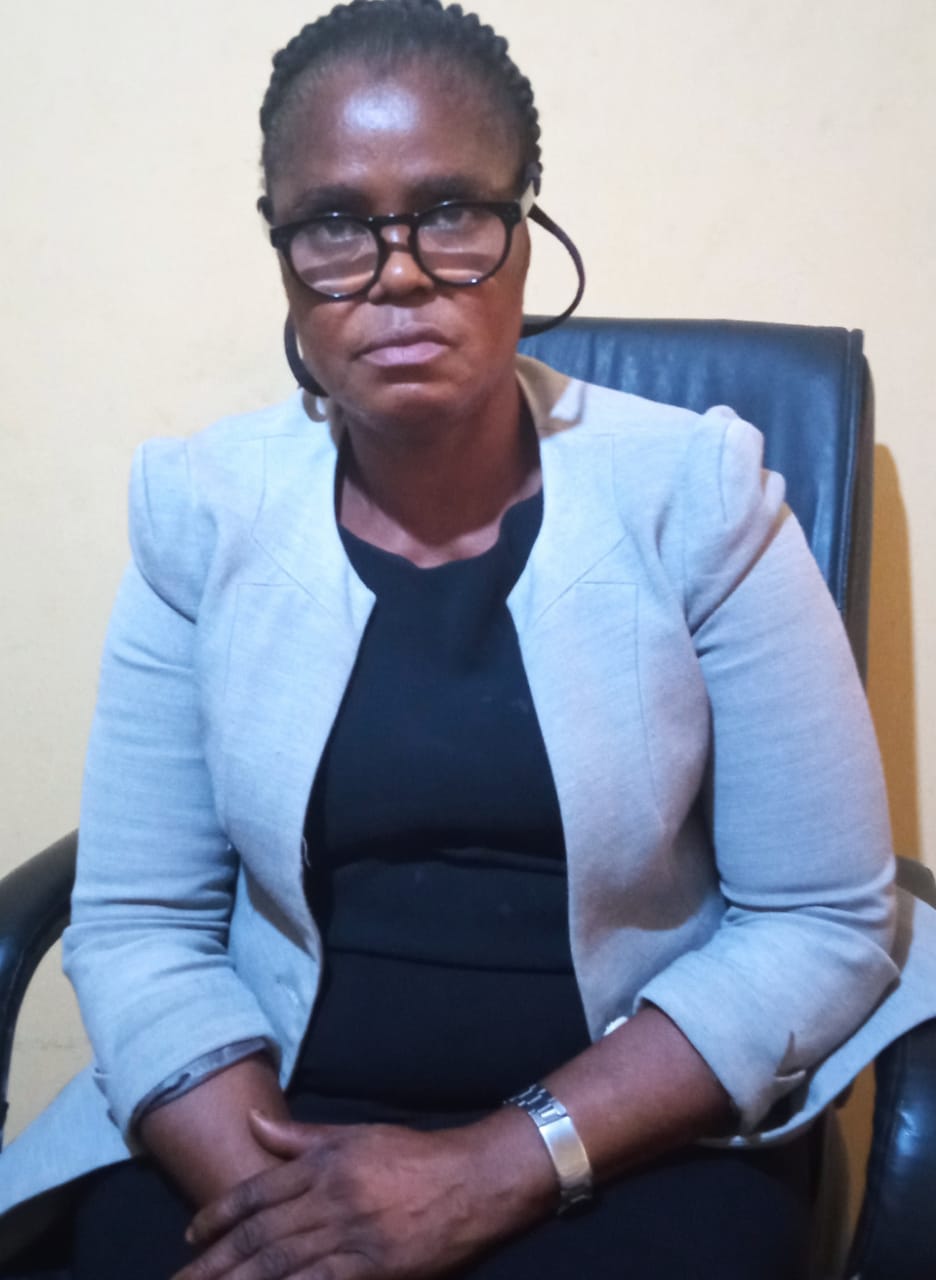 Doris Adekanle is a Professional Accountant with Ondo State Government who bagged ANAN Certificate in the year 2011 and Postgraduate Diploma (PGDFM) from Adekunle Ajasin University, Akungba-Akoko in the year 2012. She graduated from the famous Auchi Polytechnic Auchi in Edo State with HND Accountancy in the year 2003. She got employed with Ondo State Oil Producing Area Development Commission (OSOPADEC) in the year 2006 and her service was transferred to Ondo State Core Civil Service in the year 2010 and ever since she had worked in different MDAs of Ondo State. She worked with Ondo State Accountant General (AG), Ondo State Library Board (OSLB), Intergovernmental and Multilateral Relation (IGMR), Office of Public Utilities (OPU) and presently with Ondo State Information Technology Agency (SITA) as Head Internal Audit. She loves swimming and travelling. She is happily married with kids. 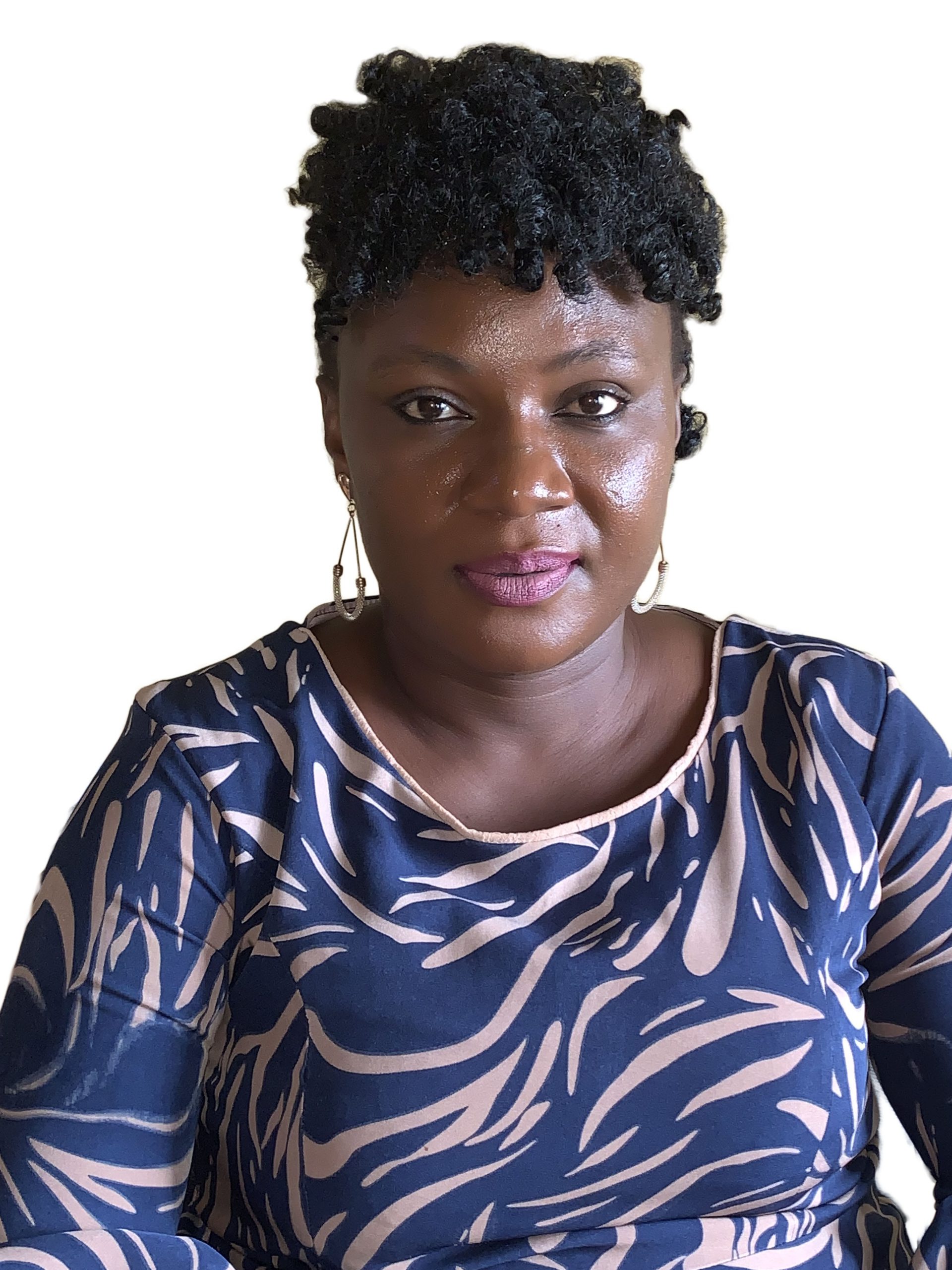 Obagbemisoye is currently the press officer of the agency, He hails from Ose Local government of Ondo state. he earned is carrier from OSRC an in various Let's Get Your Project
Started!

Sign up for our latest news & articles. We won’t give you spam mails.
© copyright 2022 by SITA SoftTech